The import risk model not only estimates the relative import risk at the airport and national level but also provides information on the most probable spreading routes from a location in the affected region, i.e. root node in the air transportation network. 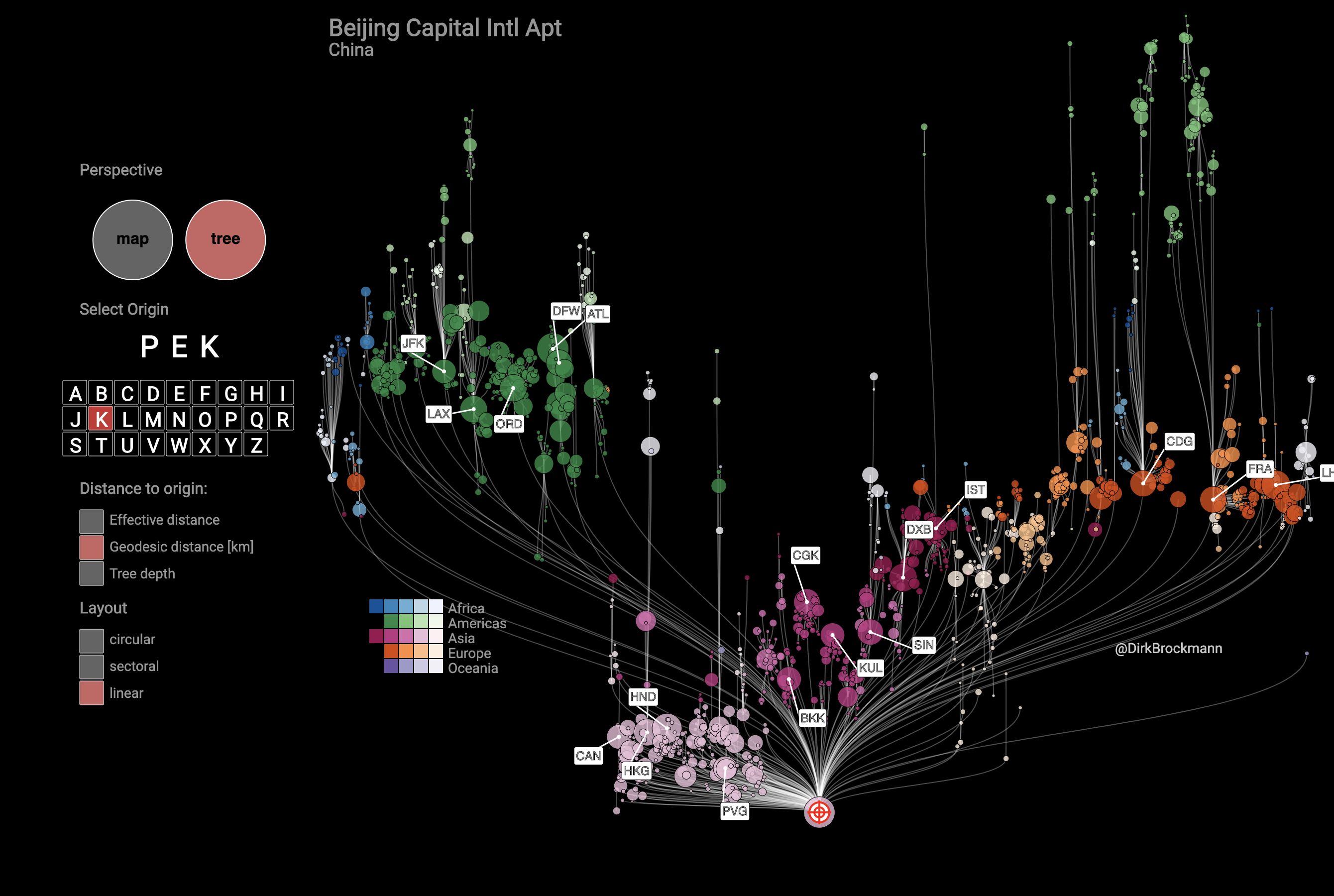 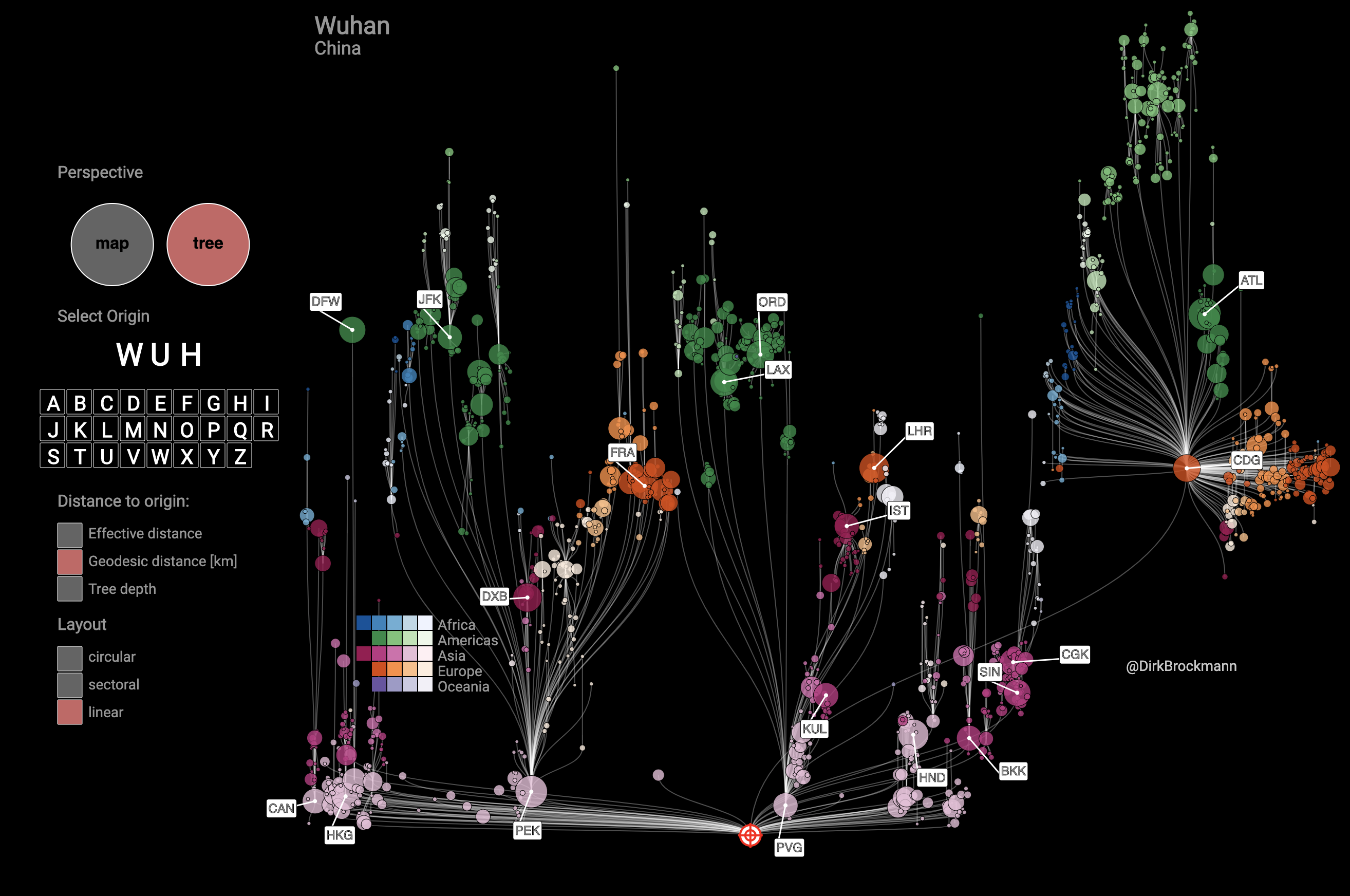 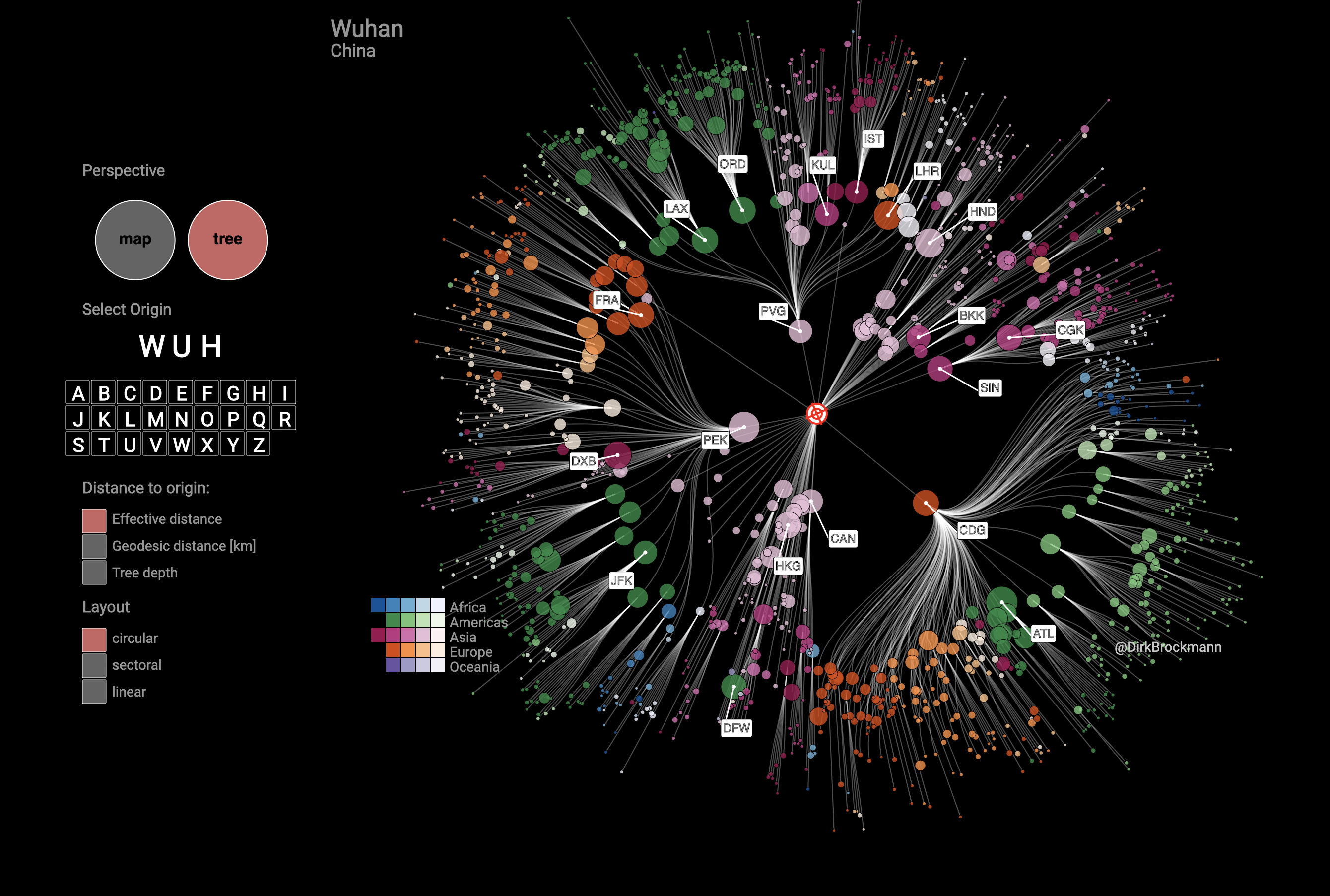